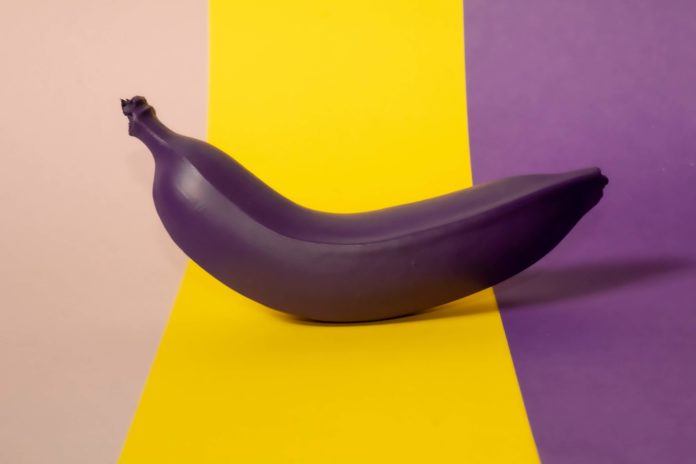 Did you know that bananas ranked at the top (tied with apples) as the most consumed fruit in 2018? Sixty-nine percent of customers bought bananas in 2018.

Are you a banana lover? Hold on. You are about to be blasted by a barrage of banana facts that will make you the top banana. Enjoy.

Bananas come from the Musa acuminata. Acuminata means long-pointed or tapering. This refers to the flowers that produce the banana, not the banana itself.

Most people, at one point, ponder whether a banana is, in fact, a fruit or a vegetable. First, you must understand what differentiates the two.

Botanically speaking, a fruit is the seed carrying, ovary part of the flowering plant. A vegetable comes from some other part of the plant such as the roots, leaves, and stems.

Bananas begin inside the banana heart, which has petals that open to reveal blossoms. The bananas develop from these blossoms, growing from the ovary of the flower. This meets the criteria for a fruit.

You may wonder where their seeds are. They are those tiny specks in the middle of the banana. Banana seeds were once larger, but they did not grow new plants, so humans bred them away.

Botanically, bananas meet the definition for both a fruit and an herb.

Antonius Musa served as the personal physician to the Roman emperor Octavius Augustus. He is first credited with promoting the cultivation and growth of bananas from 63 to 14 B.C. Later, in the early fifteenth century, Portuguese sailors took to bananas from West Africa to Europe.

The original Guinean name was banema. This was first found in print in the seventeenth century. The name later became anglicized to banana.

Even though the banana thrived in Africa, sources believe it originated in East Asia and Oceania. Today, North Americans can thank the Spanish missionary, Friar Tomas de Berlanga, for bringing the banana from the Canary Islands and West Indies.

In the beginning, bananas were not sweet and yellow. They were red and green. Fear not, we still have the original version, which we call plantains.

The yellow, sweet banana is a mutated variety of the plantain. It was first discovered by Jamaican Jen Francois Poujot in 1836. He found one banana tree on his plantation growing yellow fruit instead of the red or green variety.

The sweet banana was all the rage at the 1876 Philadelphia Centennial Exposition. The civilized set ate them with a knife and fork, of course.

The bananas we eat today are the Cavendish bananas. The first variety, the Gros Michel, became extinct in 1960. At that time, bananas became infected by a fungus called Panama disease, leading to their extinction.

Find your secret to a beautiful you inside the golden banana. The banana is the queen of potassium. It also contains carbohydrates, vitamins, and natural oils to soften skin and hair and nourish your body. They are beneficial inside and out.

Go ahead and mash up some banana and add it to your mask. In addition to its nutritional benefits, the banana has an antibacterial agent. This helps to attack blemishes and hydrate your skin.

Check out these banana masks.

Go ahead and eat the banana before or while you are using its peel.

Bananas are well known for their potassium, but they also contain a wealth of other nutrients including:

This is a lot of power in a small prepackaged snack.

STOP! Don’t throw away that banana peel. Use those peels in your garden

This provides a mineral boost to your plants. Put a banana peel in a mason jar full of water for 48 hours.

You can also use the whole banana peel. When the peel breaks down, the vitamins will travel to the roots and provide a nutrient bump. It will also keep aphids away.

Dry the peels and then grind them up to make fertilizer. Mix this in your soil to add nutrients to your flower and food gardens. Avoid putting it right on the plant roots.

Combine small pieces of banana peel with vinegar in a recycled container and shake well. This releases the scent of the banana.

Submerge banana peels in water and place a weight on top of them, so they don’t float to the top. Cover the container with a cloth and rubber band or loose-fitting top.

Allow mixture to sit for a week to let good bacteria grow and release the banana peel nutrients. Place peels in a blender and puree them. Use the water for other plants.

Place the puree just below the soil around your blossoming plants. Then water thoroughly.

Bananas have many uses around the home front.

Polish leather & silver. Rub banana peels on the surface and buff with a cloth.

Dog Treats. Bananas are safe and healthy treats for your dog.

Make “Ice Cream”. Do you want something sweet, but have limited time, calories, or budget? Put your bananas in the freezer until frozen solid. Blend them in a food processor or blender. Voila! A healthy frozen treat.

Frozen “Bananasicle”. Don’t stop now. Peel and cut ripe bananas in half across the middle. Stick an ice cream stick into the flat end. Place on wax paper in the freezer until frozen. Dip in melted butterscotch or chocolate. You can even add chopped nuts or shredded coconut. Refreeze before serving.

Meat tenderizer. Lay banana peels on meat while cooking. Or, you can add a ripe, peeled banana to the pan. Never serve tough meat again.

Let’s wrap this up with some banana trivia that will amaze your friends.

The best has been saved for last.

On March 6, 2011, Barcelona Marathon runner, Patrick Wightman from the United Kingdom set an amazing record. He’s renowned as the fastest marathon competitor ever dressed as a fruit. He finished in 2 hours, 58 minutes, and 20 seconds.

Yes fans, he dressed as a banana.

If you still haven’t gotten your fill of the fabulous banana, the Banana Club Museum is waiting for you. It’s located on Highway 111 in Mecca, CA. It houses the world’s largest collection with more than 17,000 banana items.

We have information about bananas galore. Learn more fun banana facts. You will also find health and beauty tips (like this one). What to know how are bananas grown and harvested? Check it out.

Don’t leave until you have written down the best banana bread recipe on the face of the earth. Visit other blogs on our site today for fun and information. 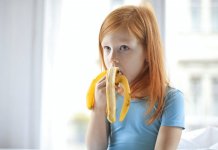 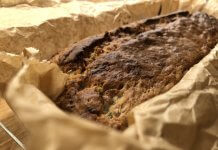 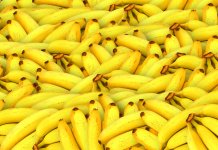 Solved! Is a Banana a Fruit or a Vegetable?